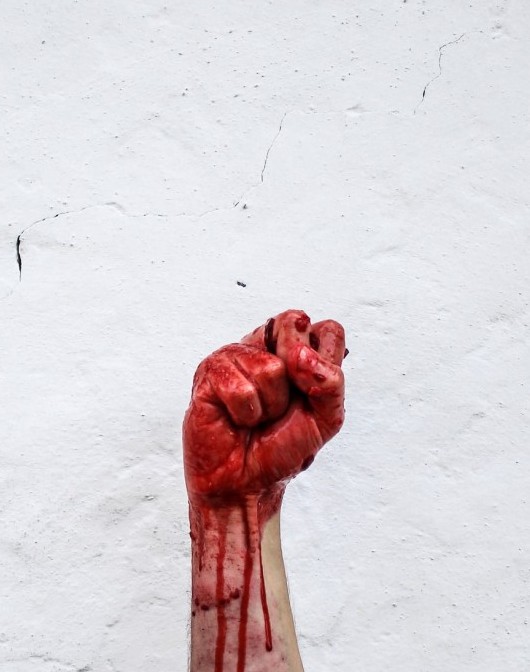 Living with SS disease a chronic illness has been a tough fight since birth. My mom reminds me all the time that I was continuously admitted to the hospital. In fact, I recall spending every major holiday as an inpatient throughout the years. It was a norm. I began to have bad days further and further in between but it was like an explosion when an episode would occur. I would be out for weeks to months at a time. Not having much control over when my body would decide to go into crisis I would often just throw my hands in the air and say “whatever”! This led to bad choices in diet and horrible decisions about my well-being. 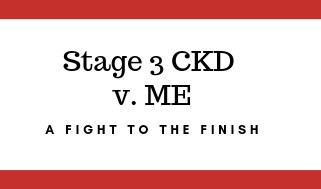 However, the latest round of news threw me into reality. I was diagnosed with stage 3 CKD (better known as chronic kidney disease) that is a moderate case of loss in kidney function. My kidneys are in bad shape and my choices in food was not helping. There is no way to heal the kidneys back to normalcy so the plan is to retard the progression of the disease. The fight is on and I am gearing up the best way I only know how! I’m sure I will get knocked around a bit and I may stumble but the plan is to fight to the finish.

To be quite honest, this didn’t come as a surprise because I have been forewarned years ago of the damage SS can do to the kidneys. I will discuss my SS disease in a later post but for now I want to address my CKD. This is a common occurrence with those living with SS so I was mad aware around my early 20s about the decline of my kidney function. This led me to a more disciplined diet where I would really watch what I was allowing into my system and I weighed around 175-190 the biggest. Somewhere along the way I broke discipline and began back to dirty eating and I would say this began in my mid-late twenties whereby my mid 30s I was up to about 246 pounds.

The Wake up Call

I ran into health complications at 32 and lost all self-control when depression hit. That’s no excuse but it was my situation at the time that led me to believe life is short so I might as well live. The only problem is that I have done more damage with this attitude than good because now it’s quality of life that’s now in question. Although life is short, that doesn’t mean death comes tomorrow. We still have to get on living.

This is what makes control so important feelings and emotions will led you into a dying light that you assume would led to happiness, resolve. Or greener pastures.

With the news of entering stage 3B CKD coming after finding out there was a blood clot in one of my atrium s. Kinda shook me a little to the point where I didn’t know what else could go wrong with me. However, NOW my attention has been gotten.

I was hospitalized to make sure this is what it was and it came back as a positive for thrombus. I never felt a thing yet there was a clot attached to the catheter of my port (I’ll explain the port in a later post).

And Now I enter the next stage…

There I was, hospitalized hooked up to a heart monitor with a heparin drip to begin thinning out my blood. They still needed to perform routine blood test throughout the day to make sure this wasn’t a mass or some sort of infection.

This was the time for me to get some valuable rest and get ready for the road ahead. The summer have become busy, I haven’t been resting well I was tired, and I was glad to have a couple of days to myself to recoup.

To get back on topic during the hospitalization I was scheduled for an MRI with contrast to get good images of my heart. Luckily the contrast they are using now doesn’t really mess up the kidneys. Usually this my time to really get some shut-eye, but I couldn’t sleep for this particular test because I had to hold my breath throughout the one-hour duration of imaging. It was very trying as I began strong but after a half hour my holds went from 45-60 seconds to 30 seconds-45seconds with shorter rest periods I was gassed.

When it was a confirmed as a blood clot I was sent home on blood thinners with a series of follow-ups. During my first follow up my blood work came back with elevated with potassium (the cardiac arrest causer). 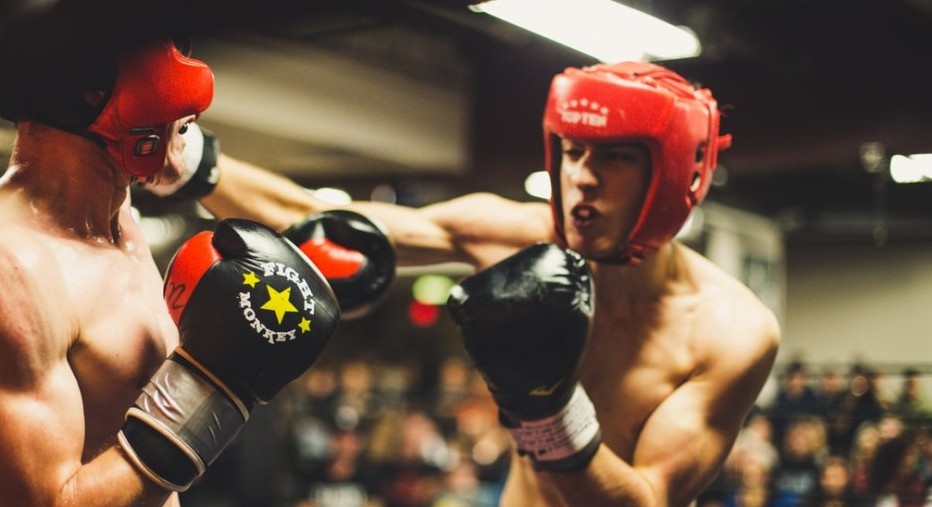 That was a hook that didn’t see coming and any fighter will tell you that the punch you don’t see will put you out. They prescribed me a binder that will assist in expelling the potassium through a bowel movement! While reading the side effects as I have grown accustom to doing. I find out the medicine will affect those with kidney disease, and guess what? I have kidney disease!

Rushing to my phone I reached out to my renal doctor who assured me that the dosage was safe and It wasn’t prescribed for long term use so I will be just fine. A low potassium. Phosphorus, sodium diet was also suggested for me to follow to keep from further damage to the kidneys.

Well keep the wash room clear, with this medicine I will be king of the throne for the next 12 hrs. This left me with jelly legs for a little then I remembered that I’ll get knocked down but staying down, won’t be an option.

Time to get my game plan together

So it’s a fight that has got to end sooner or later, I mean I am only human after all. Nevertheless, the clock is ticking and I got some blows left to throw. First thing is first and that’s make sure my meds are purchased, and I get ready for my next scheduled dosage. Keeping up with appointments is a must and I need to call back my PCP because they rescheduled with me and I couldn’t make the day that was rescheduled.

The search for low potassium/phosphorous options have been rough on me because I am used to the morning oatmeal and bananas, peanut butter and apples, Tomatoes on my sandwiches, and spinach in my omelets. All of these foods are either high in potassium or phosphorous or even both.

Google has been somewhat confusing with the information that I am viewing. Some sites are reporting foods as Low in potassium that other sites are reporting as high so, what do I know for starters? I do know the to stay away from ALL processed foods, limit take-out, and prepare my own fresh meals. This may be rough due to my schedule but I must find the time to do so, my kidneys beg this of me.

Potatoes, tomatoes, oatmeal and avocados I will stay away from along while whole grains. The rest I will learn when I sign up for a kidney care class in the upcoming weeks. These are the adjustments needed now it just comes down to execution. Do you know anyone who has to be on a low potassium diet? Do you have to go low potassium? Please share your tips and share your experiences in the comments to aid me in battle.

This was not something I began however, I am now a part of the biggest fight in my life. Sure I have been living with a chronic illness for all my life and now that I am in my 40s there is still more things I must fight health wise. Unfortunately I am fighting more than one opponent and it doesn’t seem fair at times but it can only mean one thing.

I am a warrior!

The most eye-opening part of this whole ordeal is the fight I must have with becoming a more disciplined fighter.

The disease will take its course and do what it does. Now I have to do my part and do what I NEED to does. The mental playground is where my focus will begin. With a strong focus on determination I can live with this disease on hold as long as I can. This fight may have begun a while ago but it’s far from over. I’m here to go toe to toe until the final bell.

There is no reversing Kidney damage as I have been told. I’ve searched High and low, far and wide. I’ve come back with nothing worth considering. Was I scared? you bet! Do I feel cheated? every day! That doesn’t change the fact that I have to press on because NO one is promised a “perfect life”. We play the hand we are dealt and we play it to the best of our possibility with zero excuses.

Don’t fear losses because that’s what life is about, LOSS. The seasons must come and go, emotions will pass like the wind, feelings are only for a moment, and YES even our lives must one day come at a loss. It’s all just temporary!

These rules I didn’t make I just follow and respect them, so you won’t see me with my head down with a frown on my face. NO! I’m here to not only enjoy my life but my fight as well.

Swinging til the end,

6 thoughts on “A Fight To The Finish…Stage 3 Chronic Kidney Disease v. Me”